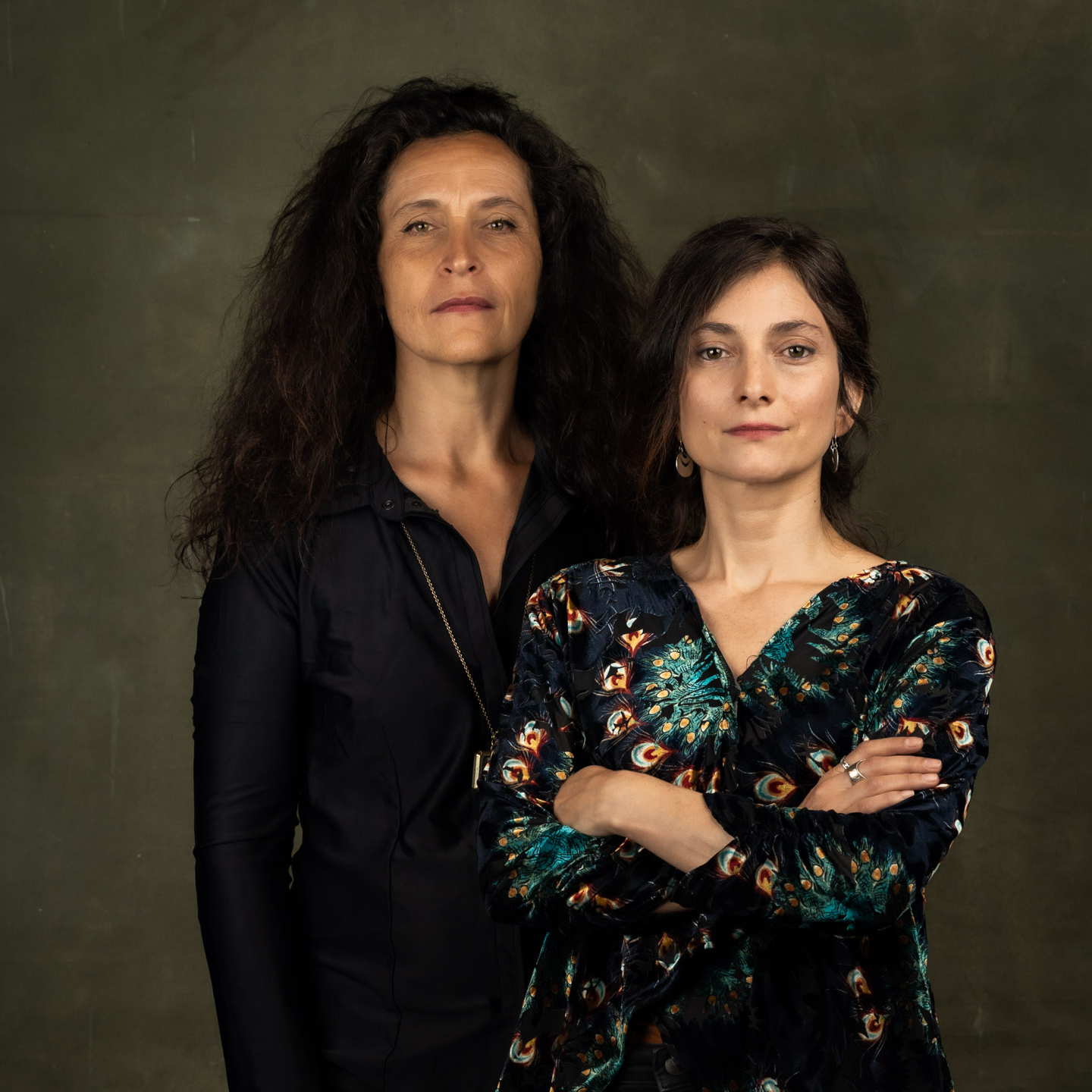 
In 2012, the Chilean actress and stage director Tita Iacobelli met the Belgo-Russian puppeteer Natacha Belova in Santiago (Chile) at the La Rebelión de los Muñecos festival.
In 2015, again in Santiago, they created an experimental theater laboratory for contemporary puppet theater. When the two-month experience was over, they decided to develop a play together.
Chayka is the first production of the company Belova Iacobelli, created in June 2018 in Santiago de Chile.
In September 2021, they created their second show entitled LOCO at the Théâtre National Wallonie-Bruxelles in Belgium.
In October 2022, the performance Sisypholia, by Natacha Belova co-directed with Dorian Chavez took place in the framework of the International Biennial of Living Arts Toulouse Occitanie in France.

LOCO was nominated for the Maeterlinck Prize of the Critics (Belgium) category « Artistic and technical realization » in 2022 and won the prize “Best Scenic Design” by Círculo de Críticos de Arte de Chile (Chile) 2022.

Natacha Belova was born in Russia, graduated in history, and has lived in Belgium since 1995. After initial work as a costume and set designer on the Belgian and international performing arts circuits, she went on to specialise in contemporary puppetry. Working on numerous projects in theatre, as well as in dance, circus, cinema and opera, she acquired a great depth of experience that drove her to instigate her own projects. Her first creations came in the form of exhibitions and installations.

In recent years, she has given numerous puppet workshops in 15 countries across three continents, and in 2016 founded her own centre for research and training, the IFO, a non-profit based in Brussels.

Tita Iacobelli began her career as an artist in 2001. In 2003, she won the Best Actress Award at the Nuevos Directores festival. Since 2005, she has worked as an actress and puppeteer, as well as co-directing several works by Jaime Lorca’s Viajeinmóvil Company. She also gives puppetry workshops. Her work on various stages in Europe and the Americas has included productions such as Gulliver (2006) and Othello (2012). Her close ties to music led her to direct several musicals with the youth theatre company Teatro de Ocasión, and theatrical concerts with the Chilean jazz-fusion ensemble Congreso and the Philharmonic Orchestra of the Santiago Municipal Theatre.