In the backstage of a theatre, an ageing actress named Chayka struggles to remember why she is there. A young woman arrives to remind her: tonight she must play the part of Arkadina in Chekhov’s The Seagull.

It will be her final role. As her memory fades, not knowing quite who she is nor the part she is meant to be playing, she is determined at least to give this last performance. In her struggle and descent, reality and fiction intersect. She tries to keep to the plot, but the conflict with her son Konstantin, and the repeated abandonments of her lover Trigorin, soon plunge her back into her past.

There, she reconnects with the young actress she once was when she played another role – that of Nina. Her favourite part, Nina is the young actress who finds a way, somehow, to keep going. Through her, another Chayka emerges: the fighter who gets back to her feet to carve out a new form of theatre, another space for acting and life.

Like the characters in The Seagull, Chayka navigates between past and future, disappointment and hope – and keeps going in spite of everything.

Told in a dreamlike style, this duo performance for one actress and one puppet is the first piece from the Belgo-Chilean company Belova ~ Iacobelli.

Chayka is an Ifo ASBL production made with the support of the Fondo Nacional para la Cultura y las Artes of Chile, of the Fédération Wallonie Bruxelles-arts de la scène-service interdisciplinaire. It is co-produced by Mars – Mons arts de la scène, Théâtre Des Martyrs in Brussels, and Atelier Jean Vilar in Louvain-La-Neuve, Belgium. 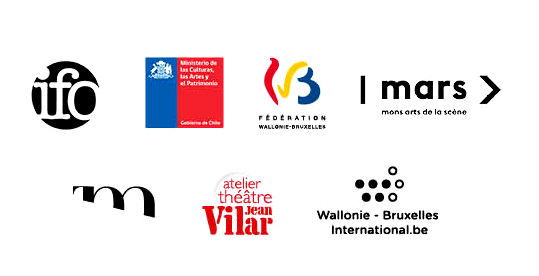